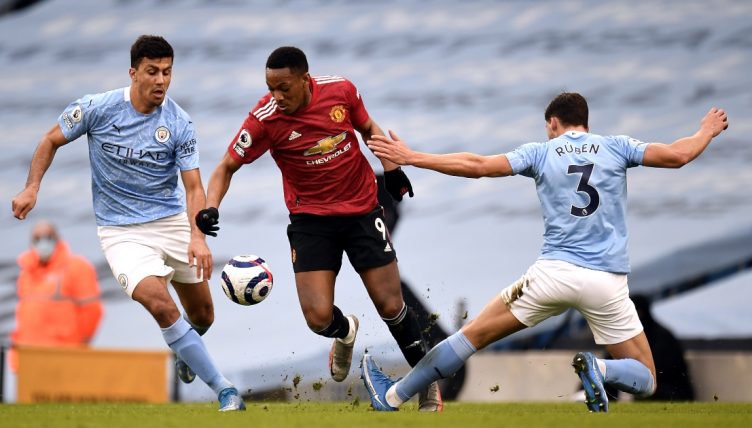 Martial has faced criticism from some quarters for his performances this season but was one of United’s most impressive performers during their derby win, winning the Man of the Match award.

While the France international failed to score on Sunday, missing a glorious chance during the second half, he provided plenty of reminders of his quality.

Ruben Dias could testify to that. The game was less than 20 minutes old and United were already ahead, but Martial decided it was time to violate his opponent.

Receiving the ball on the halfway line after some determined running from Fred, Martial turned under little pressure and starting running at the City defence.

Dias, who has had an impressive debut season in England, lunged in to dispossess the striker but Martial jinked past him.

Rodri got a foot in to take the ball away, but Dias was on the ground having been momentarily taken out of the game by Martial’s silk footwork.