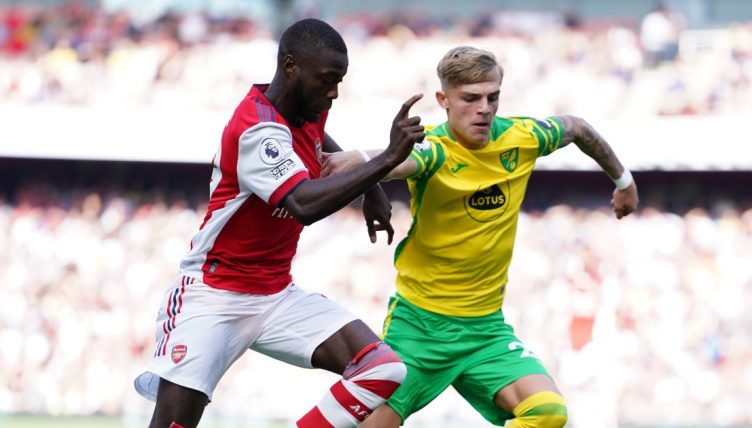 Williams came through the United academy and enjoyed an impressive breakthrough season under Solskjaer in 2019-20.

But he then fell behind Luke Shaw and Alex Telles in the pecking order, making just 14 appearances in all competitions in 2020-21.

The 21-year-old joined Norwich on a season-long loan deal in search of regular first-team football and immediately earned his spot in the starting Xl.

He was one of their standout performers in their away game against Arsenal, winning five tackles and making three clearances at the Emirates. Williams also made a brilliant block to stop Nicolas Pepe from opening the scoring in the 58th minute.

But Arsenal did score through Pierre-Emerick Aubameyang moments later and they held on for their first Premier League win of the season.