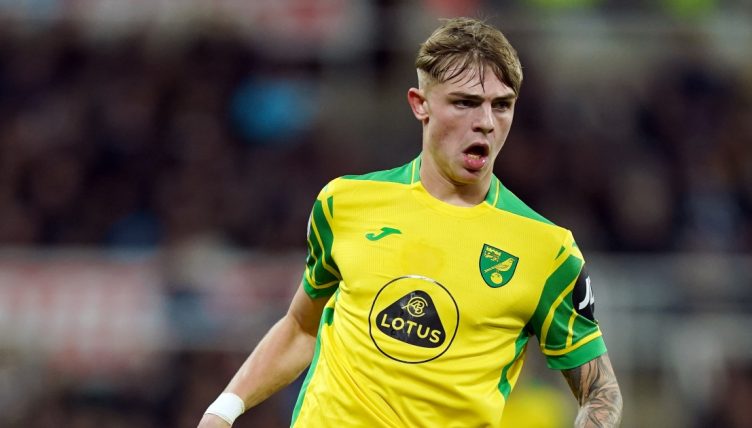 Williams came through the United academy and broke into the first team n 2019, becoming renowned for his aggressive and all-action style of defending.

The left-back carries the fighting gene as his cousin is English Super-Featherweight boxer Zelfa Barrett, and he was once sent off for headbutting Accrington Stanley captain Sean McConville in a pre-season friendly.

“He tried grabbing me and headbutting me, so I leant back, and we had a little shove,” Willimas told the Athletic in 2021. “Walking into the training room he’s saying, ‘I’ll see you in there’. I’m saying, ‘Sweet. Let’s go’.

“My friends were there and Nicky Butt was telling them to tell me to chill out. I was saying, ‘What’s he saying? Where’s he from? What’s his name?’ I was so angry. Then I got to the dressing room and sat down.”

During the first half of Norwich’s game at home to Brentford, he got frustrated after being pulled to the ground by Christian Eriksen.

Williams went to grab Eriksen in anger but his demeanour changed when he realised who had fouled him. The defender embraced his opponent and shared a laugh with him, helping him back to his feet.

Eriksen suffered a cardiac arrest whilst playing for Denmark against Finland in their first match of Euro 2020.

It was an event that shook the footballing world and was thought to bring an end to the midfielder’s career, especially after his contract with Inter Milan was terminated by mutual consent.

But he trained with former club Tottenham before signing for Brentford on a free transfer. Eriksen made his return to football when he came off the bench against Newcastle and then started the match against Norwich.

The best video on the internet today. Brandon Williams realising it's Christian Eriksen pulling him down 😭 pic.twitter.com/L2yFu2V9ow