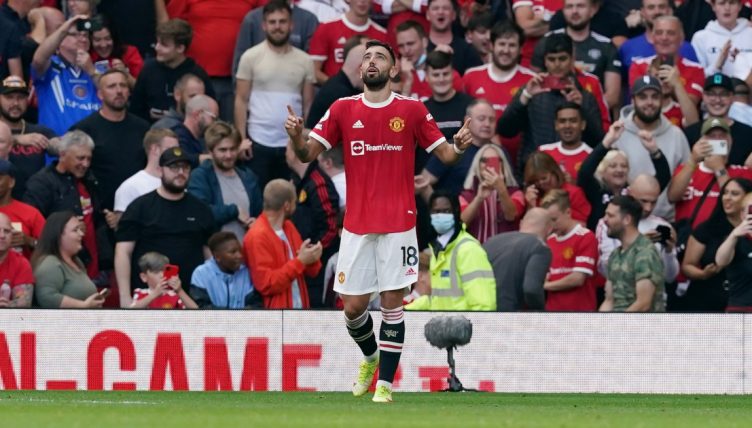 While Cristiano Ronaldo stole the show during Manchester United‘s 4-1 win over Newcastle, Bruno Fernandes ensured that people didn’t forget about him.

Ronaldo marked his second United debut with two goals at Old Trafford, putting the home side 2-1 ahead after Javier Manqullio’s equaliser.

Fernandes linked up well with his compatriot and made it 3-1 in the 80th minute with a sensational long-range strike.

But that wasn’t his only moment of magic as the midfielder had previously brought the ball under control with an outrageous first touch.

“Of course, that was never in doubt,” Fernandes said when asked if the win over Newcastle proved he and Ronaldo could play together.

“Good players can be put together and always play well. Some days you can play well, some other days no. But it is not because one is closing the space of another. It’s because football is like that sometimes.

“Everyone knows what Cristiano Ronaldo brought for the club and we are really happy to have him. The most important, as he will say, is the result for the team. Good players can always play well together.

“We arrived at the end (of last season) with some mistakes but did really well. There has been an improvement in the club and now it is time to take the next step.”