Watch: Fernandes gets annoyed with fan for picking Mo Salah over him 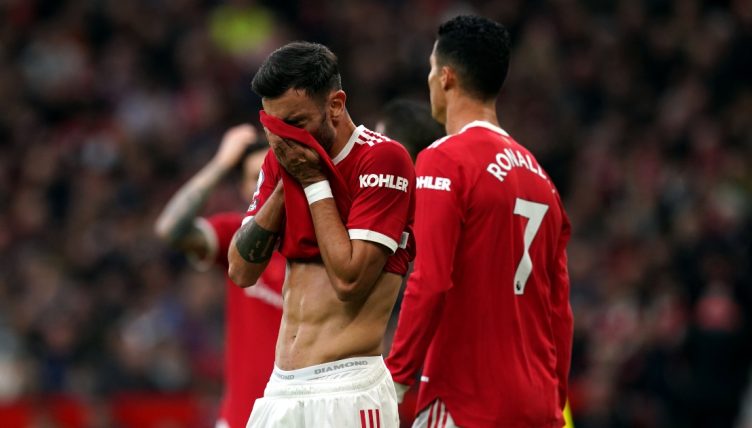 Despite scoring in Manchester United’s 3-2 win against Arsenal, Bruno Fernandes was trolled by a fan after the game.

Fernandes started the 2021-22 season with a brilliant hat-trick against Leeds United but has struggled in front of goal in recent weeks.

The Portugal international, who was making his 100th United appearance against Arsenal, ended a goal drought of 15 games by scoring a late first-half equaliser.

During the second half, Cristiano Ronaldo scored either side of a strike by Martin Odegaard to give United all three points.

While driving home from Old Trafford after the game, Fernandes encountered some Arsenal fans in the car adjacent to him.

After managing to get his attention, a member of the group told the midfielder that he wasn’t in his Fantasy Football team.

Fernandes asked the supporter who he had instead, and the fan said: “Mohamed Salah all the way man, I’m sorry he takes up all my money.”

But the 27-year-old took it in good spirits – throwing his hands in the air in mock disgust before driving away.