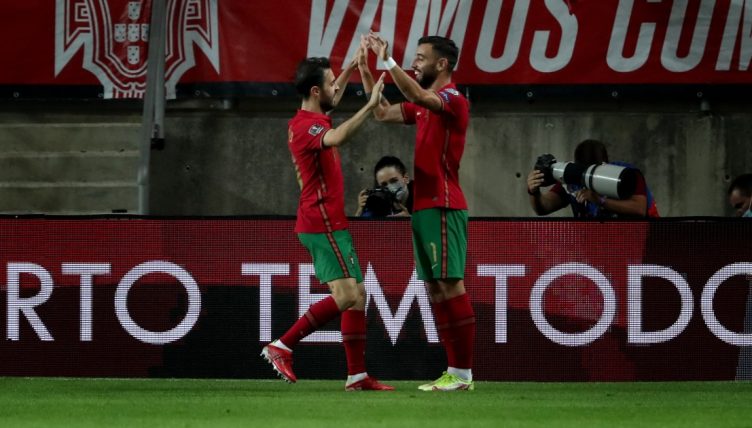 Fernandes has maintained his excellent form at Manchester United, registering four goals and three assists in 10 appearances in 2021-22.

The midfielder has also dovetailed effectively with Ronaldo, silencing critics who suggested that the duo couldn’t play well together.

“Of course, that was never in doubt,” Fernandes said in September. “Good players can be put together and always play well. Some days you can play well, some other days no. But it is not because one is closing the space of another. It’s because football is like that sometimes.

“Everyone knows what Cristiano Ronaldo brought for the club and we are really happy to have him. The most important, as he will say, is the result for the team. Good players can always play well together.”

Ronaldo scored two penalties in Portugal’s World Cup qualifier against Luxembourg before Fernandes made it 3-0 with a powerful strike from a tight angle.

Joao Palhinha headed Fernandes’ corner into an empty net for Portugal’s fourth and Ronaldo completed his hat-trick in the 86th minute.