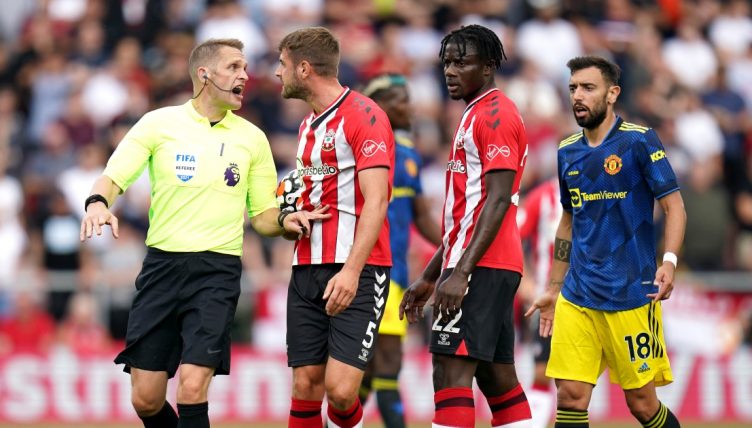 Manchester United talisman Bruno Fernandes argued with the match officials as he left the pitch at half-time against Southampton.

Fernandes has started the season like a runaway train, scoring a hat-trick against arch-rivals Leeds in the opening game last weekend.

But he wasn’t at his best during the first half at St Mary’s and had felt he was fouled in the build-up to Southampton’s opening goal.

The Portugal midfielder was bundled to the floor by Jack Stephens but the referee disagreed. After being dispossessed, Fernandes could only look on helplessly as Southampton took the lead through a deflected Che Adams shot.

Fernandes argued his case with Stephens in the immediate aftermath and continued the heated debate with the match officials at the end of the half.

😡 Manchester United's Bruno Fernandes is not happy with the officials at half-time after he thought there was a foul during the build up of Southampton's goal! pic.twitter.com/B89pbdUcrg