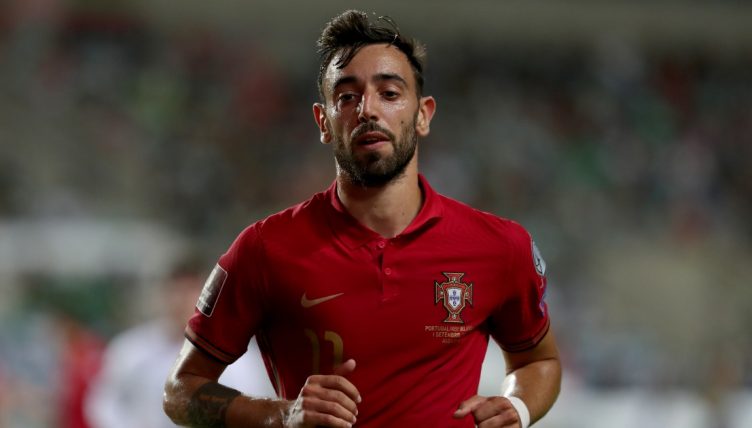 Manchester United midfielder Bruno Fernandes put in a match-winning performance as Portugal swept Azerbaijan aside in their World Cup qualifier on Tuesday.

Portugal travelled to Baku without Cristiano Ronaldo, who had spent the day at United’s training ground Carrington.

But it was the current Old Trafford talisman who shone as Portugal secured a 3-0 victory to move clear at the top of Group A.

Fernandes, who is celebrating his 27th birthday on Wednesday, kick-started the celebrations with a sumptuous assist for Bernardo Silva to volley home at the back post.

And the midfielder played a pivotal role in Portugal’s second of the evening. Collecting the ball from deep, Fernandes whipped in a deep cross that Diogo Jota unselfishly squared for Andre Silva to tap home.

There was a strange cameo towards the end of the match when four local fans invaded the pitch looking for selfies with Fernandes – who complied but looked a little startled by the turn of events.

Scored for Portugal, made in Manchester. 🤝