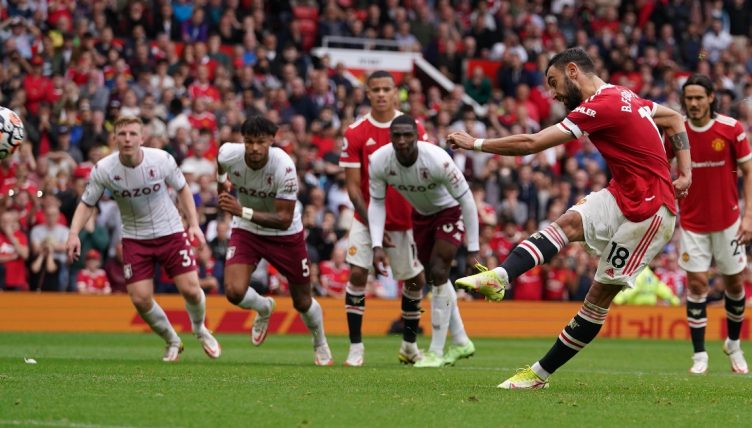 There was plenty of talk about penalties in the lead up to Manchester United‘s clash with Aston Villa, and as if it were fate, they were given their first spot-kick of the season in dramatic circumstances.

Ole Gunnar Solskjaer had complained in his pre-match press conference about the lack of penalties that his side have been given, appearing to blame comments by Liverpool manager Jurgen Klopp for the downturn.

Kortney Hause scored a brilliant header late on to make it 1-0 to Villa, but the defender was fortunate he wasn’t punished for giving away a penalty after handling the ball moments later.

Summer signing Cristiano Ronaldo is one of the most prolific goalscorers in the history of football and many assumed he’d be given responsibility – but it was his Portugal team-mate Bruno Fernandes that remained entrusted by Ole Gunnar Solskjaer.

Fernandes has been a reliable penalty-taker for United, but he won’t want to see this effort back: he lashed it right over the bar.

It will be interesting to see whether Ronaldo is on penalty-taking duties from this point onwards.