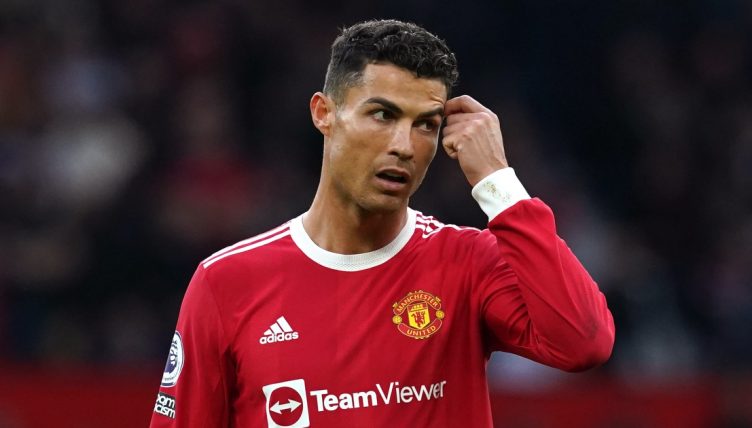 Manchester United endured a shocking first half against Liverpool, conceding four goals and being run ragged by incessant counter-attacks – this wasn’t what Cristiano Ronaldo returned to the club for.

As the Liverpool goals rattled in, the frustration on Ronaldo’s face was becoming ever more evident – which boiled over just before half-time.

Liverpool substitute Curtis Jones was attempting to shield the ball in the corner when Ronaldo took an illegal swipe at his opponent.

Not satisfied with this self-administered justice, the 36-year-old proceeded to boot the ball against the turf-prone Jones while he lay helplessly on the ground.

A mild bout of pushing and shoving broke out before referee Anthony Taylor issued a yellow card to the United man.

It could be argued that the punishment was justified but you could also say that Ronaldo could have had no complaints had he been sent off.

He didn’t return to Old Trafford for this…

Cristiano Ronaldo receives a yellow card for this kick on Curtis Jones. No red card, VAR was consulted #MULIV pic.twitter.com/EacUQwSM5q