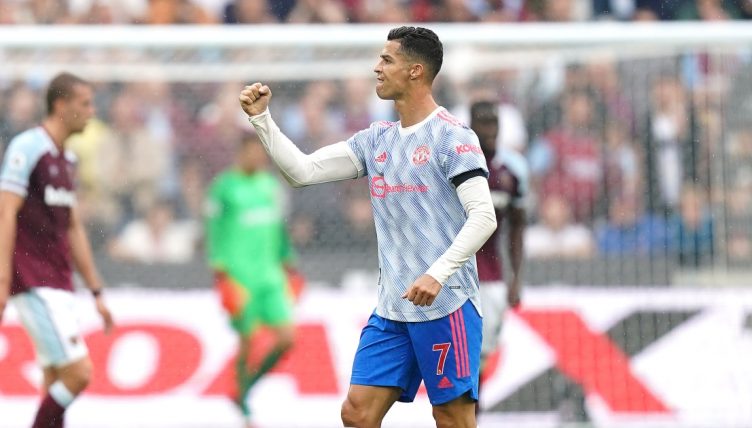 Cristiano Ronaldo continued his impressive goalscoring return for Manchester United with a strike at West Ham – and celebrated by doing his trademark ‘calma’ gesture.

Even as the game descended into madness, it could be said that Ronaldo had an eventful game.

The Portugal international was denied two penalty shouts – both of which could arguably have been given – and forced Lukasz Fabianski into a string of fine saves.

It was inevitable that Ronaldo would get himself onto the scoresheet and he managed just that during the first half.

Bruno Fernandes whipped in a dangerous cross which Ronaldo headed against Fabianski. The West Ham goalkeeper was unable to hold onto the effort and Ronaldo banged home the rebound.

As he carried the ball back to the centre-circle, the 36-year-old could be seen making his famous ‘calma’ gesture – which he popularised after scoring for Real Madrid at the Camp Nou back in 2012.

You can’t change the inevitable pic.twitter.com/suLW5Fmz9w