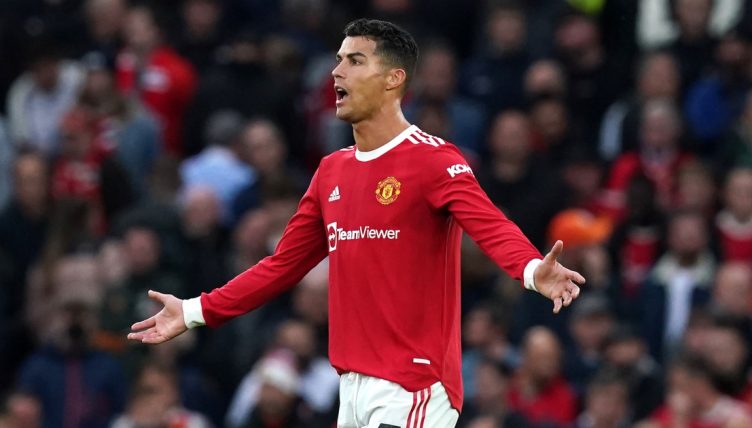 Cristiano Ronaldo and his Manchester United team-mates had a day to forget on Sunday afternoon, losing 5-0 to Liverpool at Old Trafford.

Naby Keita and Diogo Jota both scored in the opening 13 minutes before Mohamed Salah stole the show with a hat-trick for the away side.

Ronaldo cut a frustrated figure throughout and appeared to kick out at Curtis Jones on the stroke of half-time, receiving a yellow card in the process.

After one of Salah’s three goals at Old Trafford, Ronaldo looked bewildered and was seen waving his arms about frantically.

“And this is on us, only on us, because there’s no one else to blame. Our fans were, once again, amazing in their constant support. They deserve better than this, much better, and it’s up to us to deliver. The time is now!”

Ronaldo's reaction to one of Mo Salah's goals yesterday.