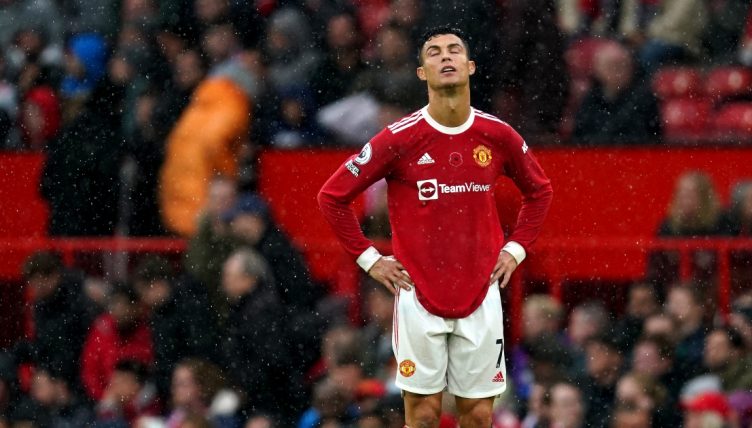 Ronaldo, who was playing in a Manchester derby for the first time since 2009, cut an isolated figure throughout the game and had just one shot.

During the closing stages, the Portugal international was cautioned for a late challenge on Kevin De Bruyne, who was on the floor at the time.

“That’s a cheap one,” former City winger Trevor Sinclair told talkSPORT. “The challenge initially went in from Fernandes, and as he’s down on the floor after being fouled, Ronaldo launches into that.

“I know it’s only one foot, but he’s jumped in with his studs showing. I thought it was a little bit naughty. It’s a little bit of frustration, but it’s not OK. I hope De Bruyne is OK because it’s a really poor challenge.

“It’s a coward’s challenge. He’s got away with a couple, the one with Curtis Jones as well. He’s got a temper because he’s a winner. He doesn’t like losing.”