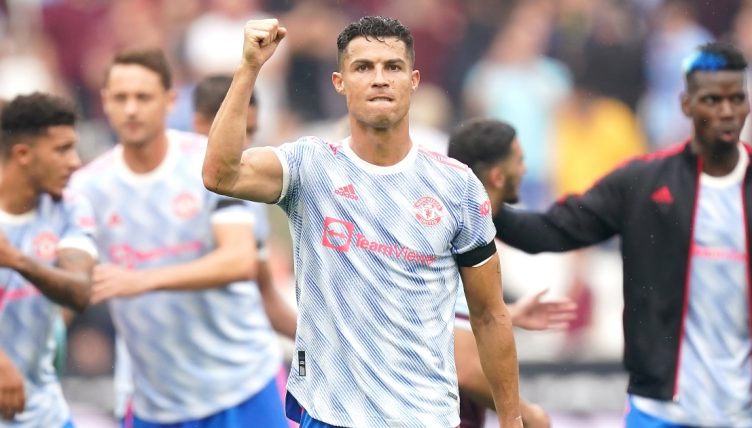 Cristiano Ronaldo was at the centre of the action during Manchester United‘s dramatic 2-1 win over West Ham at the London Stadium.

Said Benrahma gave the Hammers the lead before Ronaldo poked home from close range after Lukasz Fabianski had spilt his initial effort.

The 36-year-old has now scored four goals in three games since completing his fairytale return to Old Trafford on transfer deadline day.

He isn’t renowned for his defensive skills but went back into his own penalty area during the second half and made a bicycle kick clearance.

Ronaldo also saw a host of penalty appeals waved away by Martin Atkinson, much to the annoyance of United boss Ole Gunnar Solskaer.

“I’m going to be careful with what I’m saying, but you’ve got to be wondering what’s he’s got to do to get a penalty,” said Solskjaer. “The first [obstruction by Coufal] and the third [tackle by Ogbonna] is 100 per cent nailed on.

“It’s frustrating but they’ve got to look at it. It’s two clear penalties. I think they’re stonewall. You can’t even argue against them. The first one, he puts his foot out and Ronaldo runs straight and is fouled.

“The last one, Paul had a foul against him on Zouma when he didn’t touch him but he went over him. Why is Cristiano’s not? Hopefully it won’t be that he’s never going to get a penalty.”