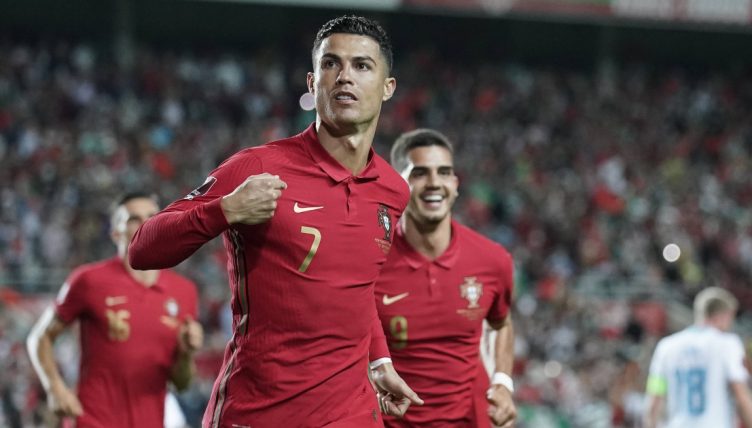 Manchester United‘s Cristiano Ronaldo scored a hat-trick in Portugal’s 5-0 win over Luxembourg – but the real moment of the game came when he attempted an overhead kick.

Ronaldo returned to United in the summer and has enjoyed a brilliant start to the season, scoring five goals in seven club appearances.

The forward, who is the all-time record men’s international goalscorer, then scored in Portugal’s friendly against Qatar before starting their 2022 World Cup qualifier against Luxembourg.

He opened the scoring with a penalty in the eighth minute and netted a second goal from the spot five minutes later.

During the second half, the 36-year-old perfectly controlled a cross into the box before produced a stunning overhead kick that looked destined to hit the back of the net. But goalkeeper Anthony Moris thwarted the forward by tipping the ball over the bar.

Ronaldo wouldn’t be denied the 8th hat-trick of his professional career as he scored a header from close range in the 86th minute.