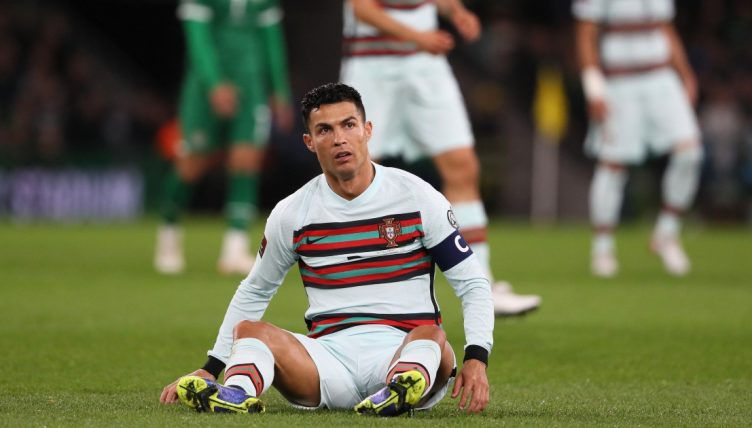 Manchester United‘s Cristiano Ronaldo endured a frustrating evening as Portugal were held to a 0-0 by the Republic of Ireland in their 2022 World Cup qualifier.

Ronaldo played the full 90 minutes in Dublin but was unable to help his side secure the victory that would have put them in pole position to reach Qatar next year.

It was the second international running that Ronaldo didn’t find the back of the net, a statistic the 36-year-old will hope to remedy in the crucial match with Serbia on Sunday.

As well as his blank in front of goal, Ronaldo was turned inside out by a delightful piece of skill from Shane Duffy.

Duffy, who plays his football for Brighton, left his opponent chasing shadows with the silkiest of Cruyff turns during the first half.

“I think it was a shank,” Duffy joked after the game. “I was in a tight situation and I just tried it. And maybe a year ago I wouldn’t have done that.”