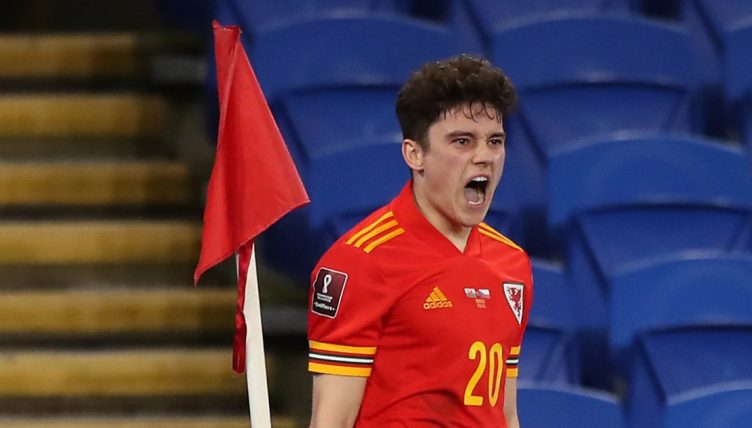 Manchester United‘s Daniel James secured a vital victory for Wales by scoring a towering header against the Czech Republic.

James endured a difficult 2020 but has rediscovered his best form in recent weeks, scoring three goals in his last 10 United appearances.

“I think there was a moment last season when I perhaps wasn’t performing as well as I wanted to,” James told BT Sport in February 2021.

“I think this season, I’m just reflecting on that as much as I can, doing everything I can to reflect on my games and I’ve just been working on the training ground as hard as I can.

“I kind of lost my way a bit. I wasn’t playing the way I did at the start of last season, so that’s I had to look at analysis and stuff like that.

“I had the right people around me to talk me through that. I’ve been working with the coaches on the training ground to try and get back to myself and I like to think that I’ve got there.”

The winger carried that form onto the international stage and was one of Wales’ standout performers in their 2022 World Cup qualifier against the Czech Republic.

Despite only being 5ft 6in, James leapt impressively to meet Gareth Bale’s cross and thump a header beyond the goalkeeper in the 81st minute.