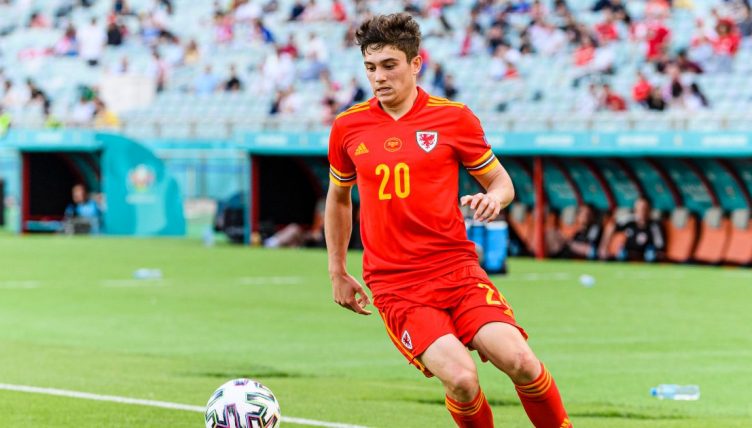 Manchester United‘s Daniel James couldn’t hide his frustration after being substituted during Wales’ 1-1 draw with Switzerland at Euro 2020.

James struggled for regular first-team opportunities at United in 2020-21 but still scored five goals in 26 appearances in all competitions.

The 23-year-old was named in the Wales starting Xl against Switzerland and was one of their standout performers, displaying his electric speed on the left wing.

After Kieffer Moore netted the equaliser for Rob Paige’s side, James was then replaced by David Brooks in the 74th minute.

The winger seemed visibly shocked, shaking his head at the decision and repeatedly asking “Me, me?” before walking off the field.

“He didn’t [look happy],” Paige told the BBC after the game. “But it was for the good of the team. There are three games in quick succession, and he was dead on his feet. That was because of the work he put in up to that moment.

“When you know you’ve got someone of the quality of David Brooks to come on and put Bale on the left to get crosses in from going down the outside and for Kieffer to attack, then it’s another option that we’ve got.

“DJ was disappointed coming off but he’s great in there now and it’s all about the squad.”