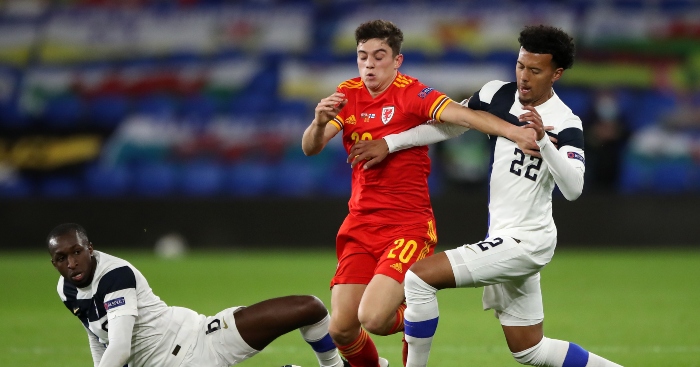 After struggling for form at Manchester United, Daniel James gave a timely reminder of his quality in Wales’ Nations League victory over Finland.

James joined United from Swansea City in 2019 and hit the ground running with three goals in his first four games for the Red Devils.

However, the winger hasn’t scored in the Premier League since August 2019 and has fallen down the pecking order at Old Trafford.

He continues to impress on international duty and was named in Wales’ starting Xl against Finland.

After Harry Wilson gave Wales the lead, James unleashed an unstoppable strike into the top corner from 20 yards in the 46th minute.

James then provided the assist for Kieffer Moore’s goal as Wales secured promotion to the top tier of the Nations League, but we were still talking about his goal by that point.

What an unbelievable start to the second-half for Wales! 🔥