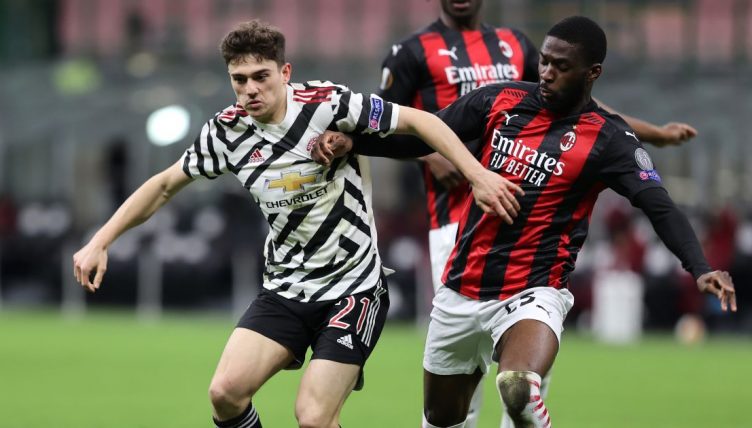 Daniel James was left fuming after being denied a penalty during the opening stages of Manchester United‘s clash against AC Milan.

After the two sides drew 1-1 at Old Trafford in the Europa League last-16 first leg, United had to score at the San Siro to go through.

During the 20th minute of the game, James decided against playing in Mason Greenwood and used his pace to get away from Theo Hernandez.

The Wales international got into the box before being brought down by Chelsea loanee Fikayo Tomori, who was very aggressive in the tackle.

His appeals for a penalty were waved away by referee Felix Brych and VAR agreed with his decision.

After replacing Marcus Rashford at half-time, Paul Pogba then gave United the lead in the 48th minute.