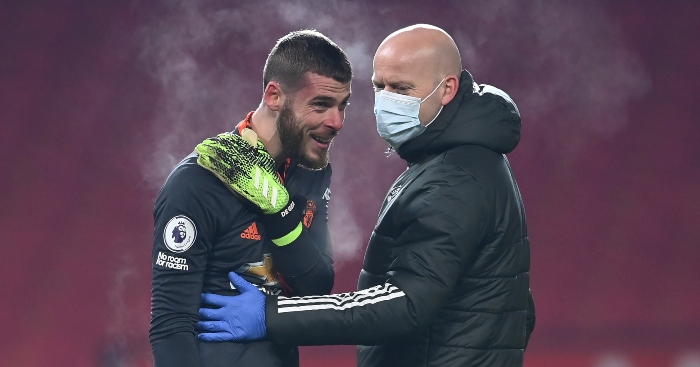 Manchester United goalkeeper David de Gea was sent tumbling to the floor by Adama Traore during their 1-0 win over Wolves.

De Gea was not particularly overstretched during the match at Old Trafford, as both teams cancelled each other out.

That did not stop the Spain international being sent to the ground by his compatriot Traore.

In the final 10 minutes, with the game still goalless, camera footage showed De Gea lying on the floor and holding his shoulder.

The subsequent replays demonstrated that Traore had inadvertently bumped into De Gea while jogging back out of the penalty area.

With Traore famous for his physique, it was no surprise that this was enough to send the United keeper flying.