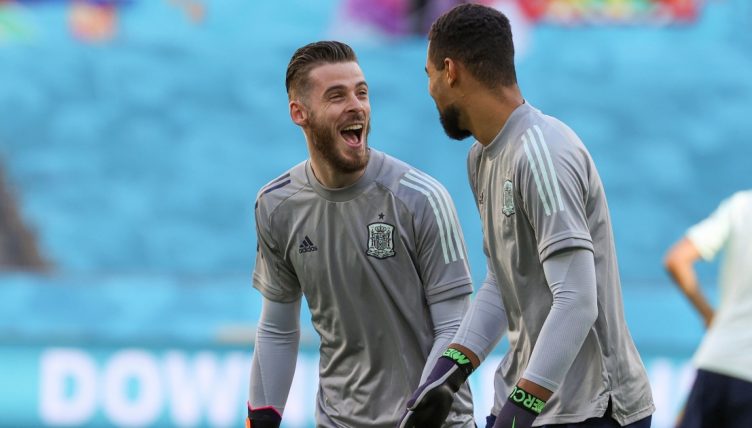 Despite being a goalkeeper, Manchester United‘s David de Gea showcased his impressive footwork during a recent training session.

De Gea developed into one of the best shot-stoppers in the world at United but has made a series of high-profile errors in recent seasons.

The 30-year-old has looked back to his best at the start of the 2021-22 season, winning the Man of the Match award after United’s 1-0 win over Wolves.

He is currently away with Spain as part of the ongoing international break but was an unused substitute in their World Cup qualifiers against Sweden and Georgia.

The squad are now preparing for their final game against Kosovo on Wednesday night and recently took part in a rondo training drill.

De Gea was filmed knocking the ball through the legs of fellow goalkeeper Robert Sanchez before receiving a round of applause from his team-mates. He proved it was no fluke and repeated the trick moments later, nutmegging Manchester City midfielder Rodri.