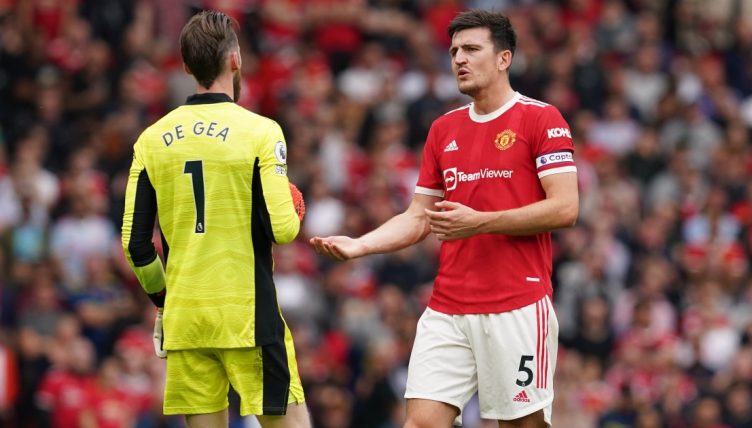 Manchester United weren’t quite at their best in Saturday’s early afternoon kick-off at home to Aston Villa, with a couple of unconvincing moments at the back.

It was the visitors that had one of the best moments of the first half after a mix-up between club captain Harry Maguire and David de Gea.

De Gea has made a strong start to the 2021-22 campaign, with a rare and vital last-minute penalty save in last Sunday’s 2-1 victory over West Ham.

But he was unhappy with Maguire when the centre-half put him under pressure with a misplaced pass back. De Gea sprang into action to clear the ball, but the ball came into the path of Ollie Watkins – but he was able to get his body in the way of the Villa attackers’ shot.

Maguire was withdrawn midway through the second half, while his physicality might have come in handy to stop Villa defender Kortney Hause scoring a late match-winning header from a corner.