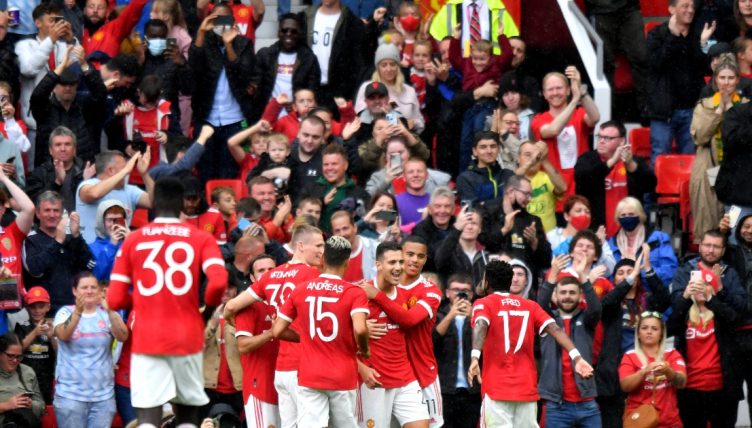 Diogo Dalot scored an eye-catching header as Manchester United thumped Everton 4-0, but did he mean it? We’ll leave that judgement to you.

Dalot spent the 2020-21 season on loan at AC Milan and is considered well behind Aaron Wan-Bissaka in the pecking order at United. The full-back has been linked with a return to Italy this summer.

United were already coasting to victory when Fred whipped a cross into the Everton penalty area.

There seemed little danger initially, but Dalot stooped and sent a looping header over Asmir Begovic.

Dalot recently said of his time at AC Milan: “I was one of the few AC Milan players who was available for all matches. I met some great people in Milan and it was very nice.

“Each season you learn more, not just about yourself, but about life, football and other experiences as well.

“The chance to play in such an important league has given me a lot, not only from a footballing point of view, but also for my life itself. I am very happy with what I did last season.”