Watch: Donny van de Beek comes off the bench to score for the Netherlands 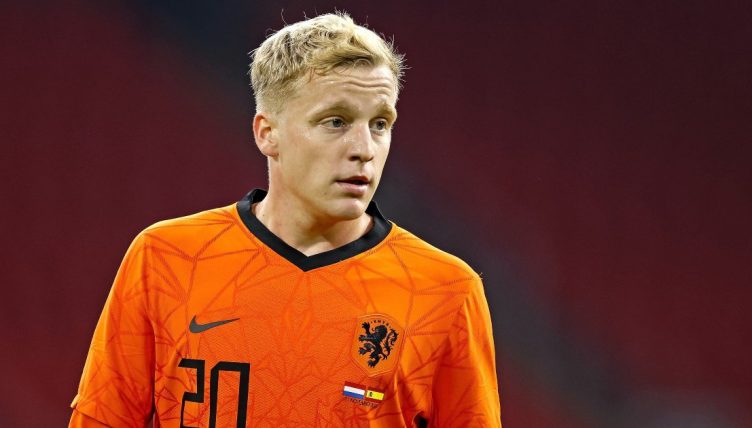 Donny van de Beek put his Manchester United struggles to one side by scoring in the Netherlands’ 7-0 win over Gibraltar.

Since joining United from Ajax in 2020, Van de Beek has struggled to make a major impact, starting just 12 games in all competitions.

The midfielder has already been linked with a move away from Old Trafford, with Inter Milan and Borussia Dortmund reportedly monitoring the situation.

“His agent also told me that of course he’s not happy that he’s not playing,” Netherlands boss Frank de Boer told talkSPORT earlier this month. “He’s only had two starts under Solskjaer and that’s not what he hoped for when he joined Man Utd.

“He has to have a review after this year, asking where do I stand? Do I have a possibility to succeed here or not? Otherwise, I have to make a move.

“We will see where he’s heading next year, maybe he stays at Man Utd or maybe another club is interesting for him.

“But he’s not panicking at all, he told the manager he’s so happy at Man Utd because the club is one of the best in terms of how they treat him, he feels loved.”

Van de Beek has also lost his place in the Netherlands side and started on the bench for their 2022 World Cup qualifier against Gibraltar.

The 23-year-old was brought on in the 77th minute and made an immediate impact, sweeping the ball home from close range.