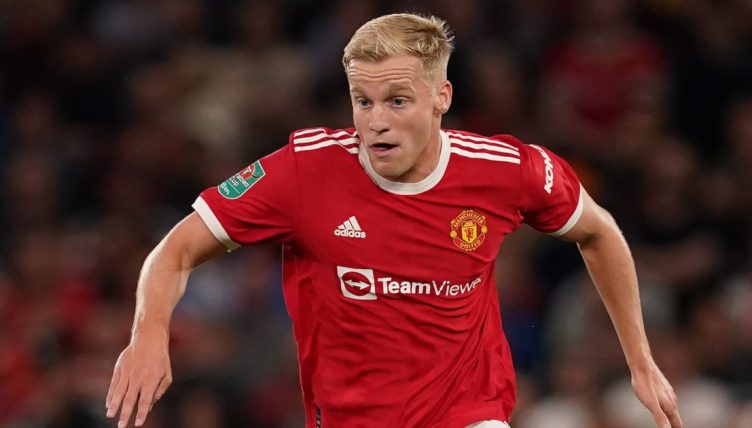 Donny Van de Beek hasn’t had the easiest time at Manchester United and his frustration boiled over following Ole Gunnar Solskjaer’s decision not to bring him on during the Champions League match against Villarreal.

Van de Beek struggled to make an impact in his first season at the club after joining from Ajax in a £35million deal.

Despite picking up some minutes against Young Boys and West Ham since then, Van de Beek has remained a peripheral figure and has clearly become frustrated with his lack of first-team opportunities.

After warming up on Wednesday night, the midfielder failed to make it onto the pitch as United chased a winner against Villarreal. As captured by a supporter behind the dug-out, Van de Beek was visibly devastated by his manager’s decision.

He threw his bib to the floor before making his way to the bench, where he was consoled by two team-mates.