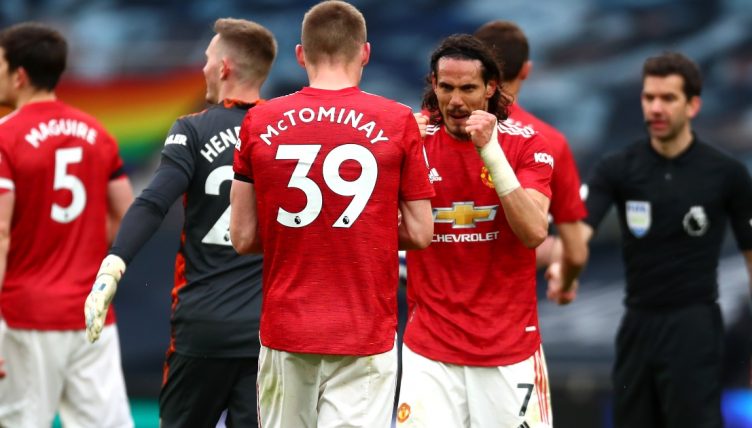 There have been question marks about Edinson Cavani‘s future at Manchester United, but he certainly looked committed to the cause in their 3-1 victory at Tottenham.

After being cruelly denied an opener by VAR due to Scott McTominay’s foul Son Heung-min in the build-up, Cavani went on to place a crucial role in yet another comeback win away from home for United.

The 34-year-old has been on the periphery of Ole Gunnar Solskjaer’s side in recent weeks after struggling with injury but looks set to play a prominent role in the run-in with Anthony Martial now sidelined.

It was his shot that resulted in the equaliser, in which Fred tucked away Hugo Lloris’ parry, and he went on to put United ahead with his seventh Premier League goal of the campaign.

Fred’s goal evidently meant a lot to Cavani. Just look at how happy he is when it goes in.

Take those Boca Juniors rumours with a pinch of salt.