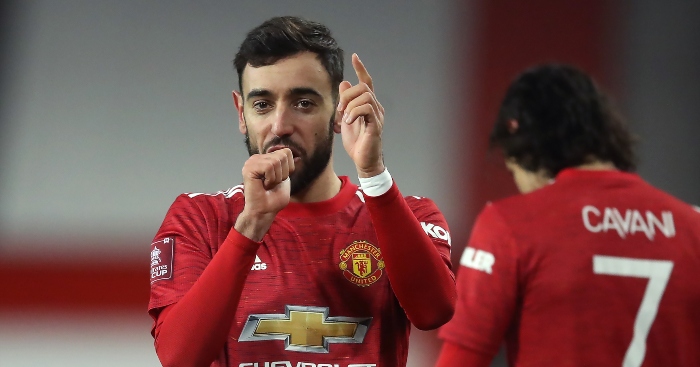 Edinson Cavani hit the post after a brilliant Bruno Fernandes pass during Manchester United‘s 3-2 win over Liverpool in the FA Cup.

Fernandes started the game on the bench, as Ole Gunnar Solsjkaer looked to rest his star player, but came on to ultimately decide an entertaining match.

His free-kick decided the game in United’s favour but that wasn’t the only moment of quality from the Portugal international.

Picking the ball up on the edge of the Liverpool penalty area, Fernandes whipped a delicious cross directly onto the head of Cavani.

The forward made a brilliant leap and saw his effort crash against the post but the real eye-catching element was the quality of the delivery from Fernandes.