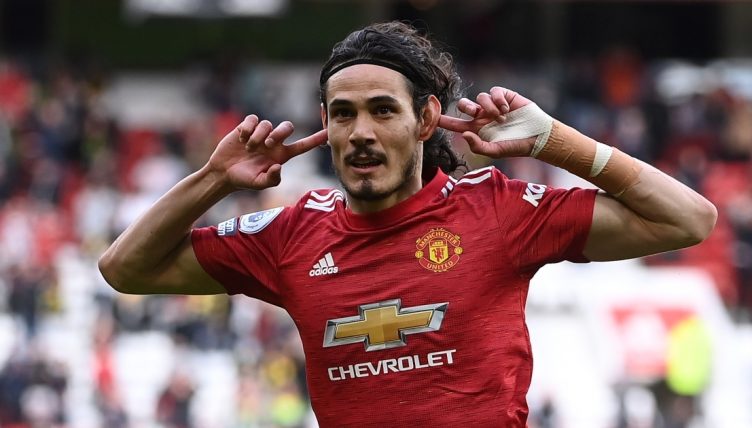 Manchester United dropped more Premier League points on Saturday – but there’s no doubting Edinson Cavani’s commitment to the cause as this block in his own penalty area demonstrates.

Cavani made a rare Premier League start against Everton at Old Trafford as Ole Gunnar Solskjaer looked to rotate his squad following a busy September.

But, not for the first time this season, United put in an underwhelming performance and were held to a 1-1 draw by stubborn and cohesive opponents.

Cavani didn’t get himself on the score sheet but the Uruguay international demonstrated his determination with a first-half defensive intervention.

The 34-year-old sprinted back into his own penalty area and closed down Everton debutant Anthony Gordon.

Rumours are beginning to circulate that Real Madrid are interested in signing Cavani in the January transfer window – and that the striker would be open to a move to Spain according to reports in Mundo Deportivo.