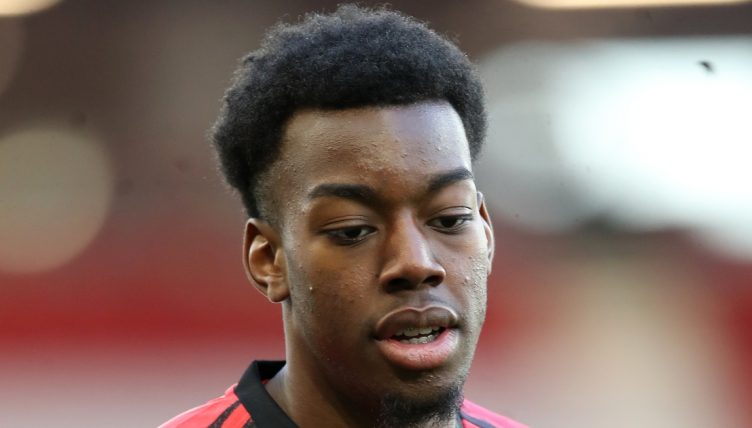 Manchester United youngster Anthony Elanga scored on his debut for the Sweden Under-21 team.

And the Sweden youth international won the won United’s prestigious Jimmy Murphy Young Player Of the Year award in 2019-20.

The Man Utd forward has attracted plenty of admirers with his performances at Old Trafford and scored on his debut for the Sweden U21 side.

Cutting in from the left wing, Elanga used his skill and pace to make his way towards the opposition’s area before unleashing an irresistible strike into the top far corner.

Speaking in April 2021, United manager Ole Gunnar Solskjaer said: “He’s got an X factor, some attributes, it’s not like a gift, but he’s got the acceleration, pace, speed, that’s a given for wingers and he’s got qualities I like.

“He’s a goalscoring winger, he’s confident, he likes to beat men, right foot, left foot, he’s got a great attitude. His appetite and hunger to improve and when he’s been training with us the while he’s been here now he’s not been fazed by it, he’s confident.

Anthony Elanga with a goal on his U21 debut for Sweden. 🇸🇪 pic.twitter.com/PIW73feOYo