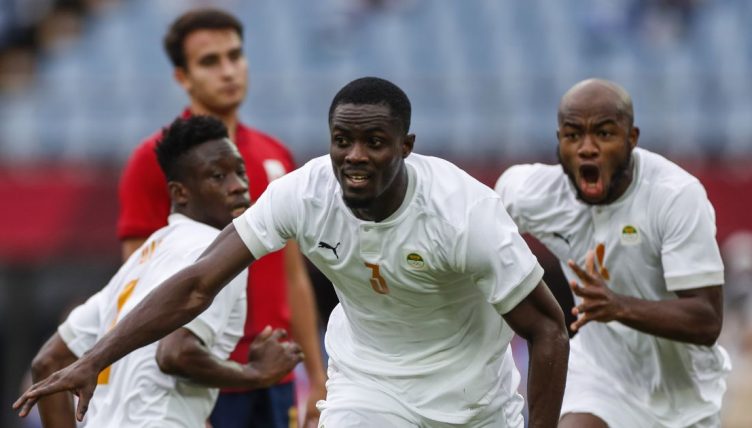 Manchester United‘s Eric Bailly tried to score with a bicycle kick for Ivory Coast at the Olympics… and it went exactly as well as you might imagine.

Since joining United in 2016, Bailly has become something of a cult hero at Old Trafford by delighting fans with his eccentric personality.

The centre-back has been representing his country at the Olympics this summer and quickly went from hero to zero in their quarter-final against Spain.

He bundled in the opener from a corner before misjudging a header inside his own box in the 93rd minute, allowing Rafa Mir to score a late equaliser.

Bailly then conceded a penalty in extra-time with an inexplicable handball and Spain went on to win 5-2.

But the highlight of the game came when the 27-year-old ambitiously attempted to score with a bicycle kick. In typical Eric Bailly fashion, it didn’t exactly go to plan, and he managed to injure his opponent in the process.