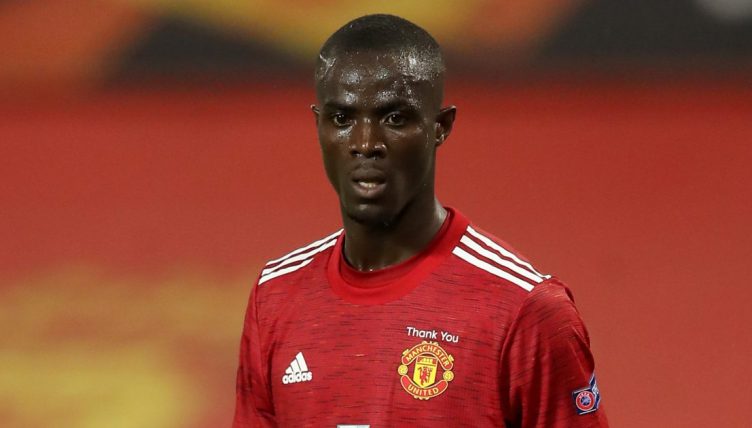 Eric Bailly provided the one real moment of entertainment during Manchester United‘s goalless draw with Real Sociedad at Old Trafford.

United beat Sociedad 4-0 in the first leg of their Europa League last-32 tie but were fortunate not to go behind when Mikel Oyarzabal missed from the penalty spot.

After scoring a hat-trick in Sociedad’s recent 4-0 win over Alaves, Alexander Isak tried to get in behind Bailly in the 31st minute.

Despite being inside his own penalty area, the centre-back then showed incredible composure to send Isak to the shops with a clever body feint.

He almost got himself into trouble by trying another body feint immediately afterwards but was able to pass the ball to Victor Lindelof.