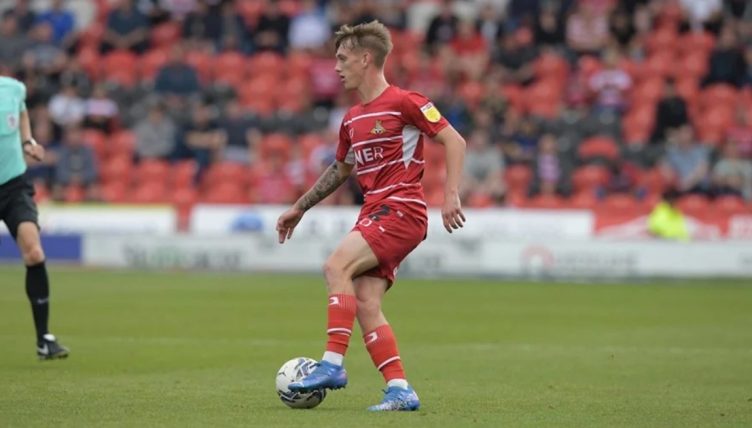 Young Manchester United loanee Ethan Galbraith produced a stunning assist to help Doncaster Rovers to their third win of the League One season on Saturday.

Galbraith, 20, is usually a central midfielder but played out of position as a right-back for the full 90 minutes in the 3-2 home victory against Cheltenham Town.

The opening goal came in the 23rd minute, when the young Northern Ireland international played a beautiful pinpoint pass from deep into the path of striker Joe Doodoo, who calmly slotted home.

Galbraith put in a man of the match performance, with the assist his standout moment.

The youth prospect has not yet had his chance to breakthrough for United, his only competitive appearance coming when he was a late substitute against Astana away in the Europa League in November 2019.

He did feature in pre-season friendlies under Ole Gunnar Solskjaer this year however, coming on against Derby and QPR at right-back before heading off to Doncaster on loan.

Saturday was Galbraith’s 12th appearance this season, and he will be hoping he can continue to make regular appearances for Doncaster and catch the eye of those both at Manchester United and beyond.