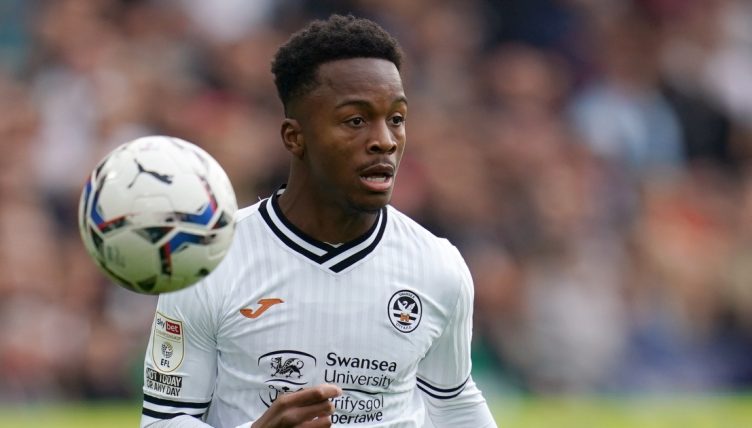 Ethan Laird has impressed during his loan spell at Swansea City and his latest assist during the 3-0 win over Peterborough suggests that Manchester United have a real talent on their hands.

Laird joined Swansea in August 2021 and has caught the eye of their supporters with his direct pace and crossing abilities.

And the 20-year-old showed why some United fans are tipping him for a first-team place in the future with an early assist during Swansea’s victory on Saturday.

Bursting down the right flank, Laird entered into the penalty area and swept the ball across the face of the goal. Jake Bidwell had the easiest of tasks to tuck the ball home and set Swansea on their way to three points.

United’s desire for a more attack-minded upgrade on Aaron Wan-Bissaka was an open secret over the summer, with Atletico Madrid’s Kieran Trippier heavily linked with a move to Old Trafford.

But perhaps Solskjaer already has an alternative in Laird.