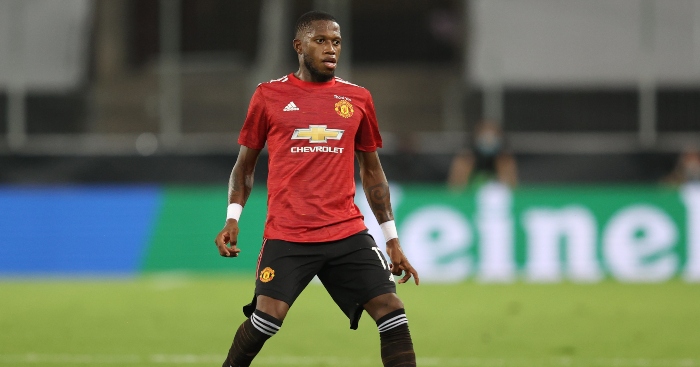 While Manchester United‘s 0-0 draw with Manchester City won’t live long in the memory, Fred provided one of the few moments of entertainment.

The Brazil international has become one of Ole Gunnar Solskjaer’s most important players over the last 18 months after a difficult start to his Old Trafford career.

Despite feeling the full force of Kevin De Bruyne’s robust shoulder charge in the opening stages, he produced another impressive performance against City, helping nullify their world-class forwards.

The 27-year-old also showcased his impressive skills during the derby and managed to get his revenge on the Belgium international.

He picked up the ball in the middle of the park and produced a brilliant Maradona turn to evade De Bruyne before nutmegging an onrushing Rodri.

Fred activating his Brazilian membership to do a roulette on De BRUYNE 🤧pic.twitter.com/0WFjhPnCZc