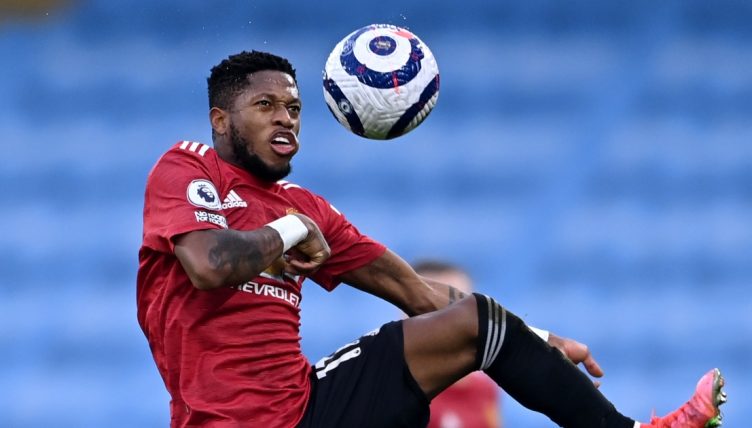 The Brazil international has been maligned by some supporters during his three-year spell at Old Trafford but has shown plenty of perseverance to become part of Ole Gunnar Solsjkaer’s plans.

One passage of playing during the first half of the Manchester derby provided a microcosm of Fred’s career in England.

Having received the ball in the centre of the pitch, the midfielder just about held off a heavy challenge from Gabriel Jesus.

Ilkay Gundogan stole possession but Fred managed it back with some committed tackling.

With control eluding him, Fred eventually whacked the ball against Jesus’ shins which saw the ball bounce around like an arcade game.

We’re sure he intended it.