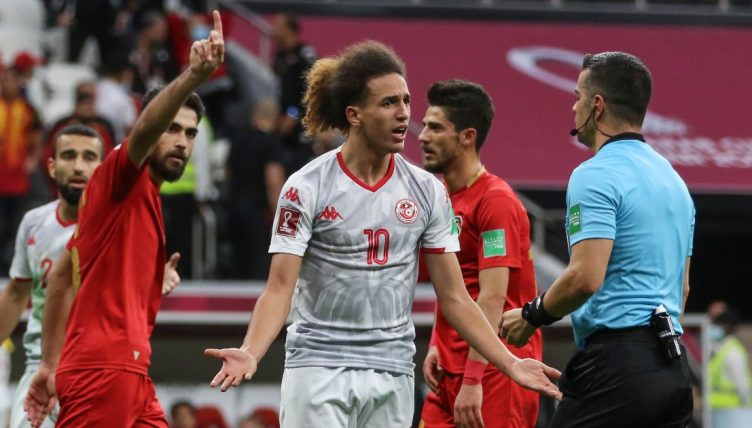 Manchester United’s Hannibal Mejbri enhanced his burgeoning reputation with a Man of the Match performance in Tunisia’s 1-0 win over the United Arab Emirates.

Mejbri, who joined United from Monaco’s academy in 2019, initially represented France at Under-16 and Under-17 levels before switching his international allegiance to Tunisia earlier this year.

The 18-year-old was named in their squad for FIFA Arab Cup in Qatar and recently registered his first international assist in their 5-1 win over Mauritania.

He then started in the win over the UAE and produced a brilliant display to help Tunisia progress through to the quarter-finals of the competition. During the game, Mejbri also showcased his skills by skipping past a defender with a brilliant turn.

The midfielder played 83 minutes and was given a standing ovation by fans when he was substituted off.

“I received a lot of messages telling me that the Tunisian people were proud of me, we all fought together and were perfect, this [Man of the Match] trophy is for all the team, everyone deserves it,” Mejbri said after the game.

Watch: Cristiano Ronaldo sprints back into Man Utd half in 95th min