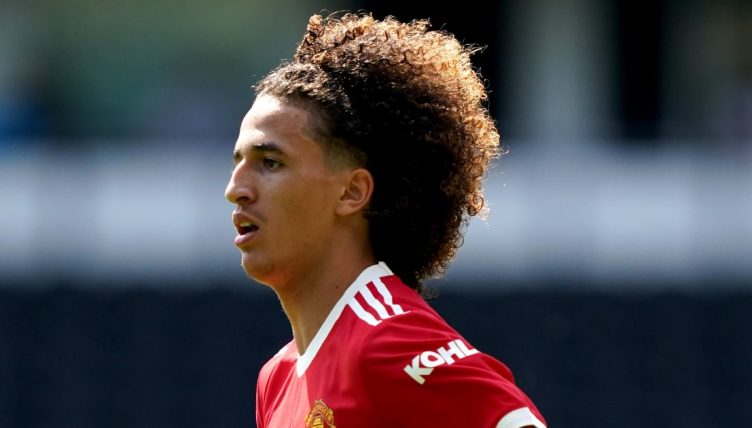 Despite only having a brief cameo in Manchester United‘s 2-1 win over Derby County, Hannibal Mejbri was still able to showcase his skills.

Mejbri, who joined United from Monaco in a £9.3million deal in 2019, is highly regarded at Old Trafford and won their Under-23s Player of the Year award for 2020-21.

He marked his senior debut with a nutmeg against Wolves in May 2021 and will be looking for more first-team opportunities in the next few months.

With several first-team players on holiday after Euro 2020 and Copa America, Ole Gunnar Solskjaer picked a young Xl for the friendly at Pride Park.

“I think they can impress me, I’m sure they will try to,” Solskjaer told MUTV before the game. “Young kids when they get a chance, they’re there because they’re good players now it’s seeing who can handle playing with the senior ones and who can fit in with the group.

With United leading 2-1 after goals from Tahith Chong and Facundo Pellistri, Mejbri came off the bench and replaced Joe Hugill in the 79th minute.

The 18-year-old made an immediate impression, producing a brilliant dummy and letting the ball roll through the legs of a Derby defender.