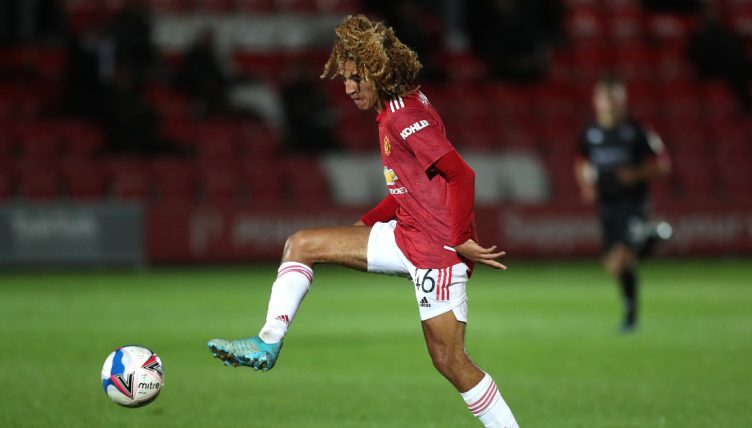 Mejbri, who joined United from Monaco back in 2019, won their Academy Player of the Season award in 2020-21 before making his senior debut as a late substitute against Wolves.

The 18-year-old has been tipped as one of the stars of the future, with fans excited at the prospect of him following Mason Greenwood and Marcus Rashford into the United first team.

Despite representing France at Under-16 and Under-17 levels, he decided to switch his international allegiance to Tunisia earlier this year.

The midfielder made his fourth appearance for Tunisia against Mauritania in the Arab Cup and grabbed his first international assist.

He picked up the ball on the left hand side of the pitch, cutting inside the box and produced a few stepovers before laying off an exquisite pass to Seifeddine Jaziri, who finished superbly.

It’s surely only a matter of time before he does this at Old Trafford.

Hannibal Mejbri gets his first assist for Tunisia with a brilliant run 🎯 pic.twitter.com/zaKOIKOKxJ