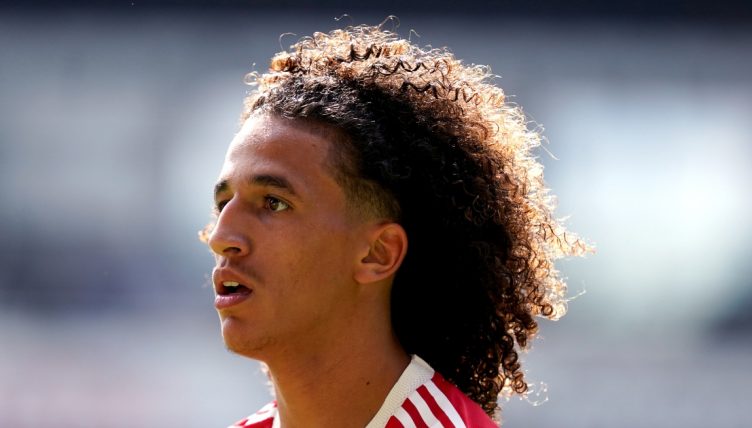 Manchester United youngster Hannibal Mejbri scored a long-range wonder strike for the Under-23s that was reminiscent of Paul Pogba at his finest.

Mejbri had an exceptional 2020-21 season at youth level, scoring six goals and providing 16 assists for United. His efforts saw him named United’s Under-23s Player of the Year and the midfielder also made his international debut for Tunisia in June.

And now this talented playmaker scored an eye-catching long-range curler during United Under-23s 4-2 victory over a strong Sheffield Wednesday side.

Mejbri marked his senior debut with a nutmeg against Wolves in May 2021 and will be looking for more first-team opportunities over the coming season.

“I’m grateful to him [Under-23s coach Neil Wood] for that as it’s thanks to him that I’ve been able to learn how to play in a different position,” Mejbri recently told United’s official website.

“I’m a bit more versatile now. I used to be able to play in and around the centre of midfield, now I play on the left, a bit on the right and even a bit further forward.

“So I thank him for what he has done, because if I want to play in the first team, I’m not always guaranteed to play in my usual position. I need to offer some alternatives to make it easier for the manager to play me.”