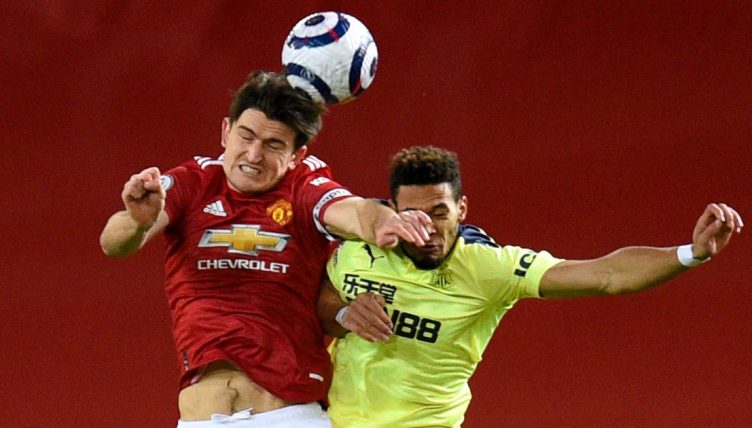 Manchester United‘s Harry Maguire appeared to get away with what seemed like a deliberate elbow on Jamaal Lascelles during their 3-1 win over Newcastle United.

Maguire endured a mixed game at Old Trafford, providing the assist for Marcus Rashford’s opener before making a poor headed clearance which fell straight to Allan Saint-Maximin, who made the defender pay for his mistake.

However, the United captain may have been fortunate to still be on the pitch after he was involved in a controversial moment inside the opening five minutes.

Lascelles went down in the box after an off-the-ball challenge from Maguire but nothing was given at the time and VAR didn’t intervene.

The incident comes just a week after the England international complained that VAR was not giving United decisions following their 1-1 draw with West Brom.

Harry maguire took his eyes off the ball to elbow lascelles, and it wasn’t even checked ? Wtf? pic.twitter.com/YZ3xjtCMiC