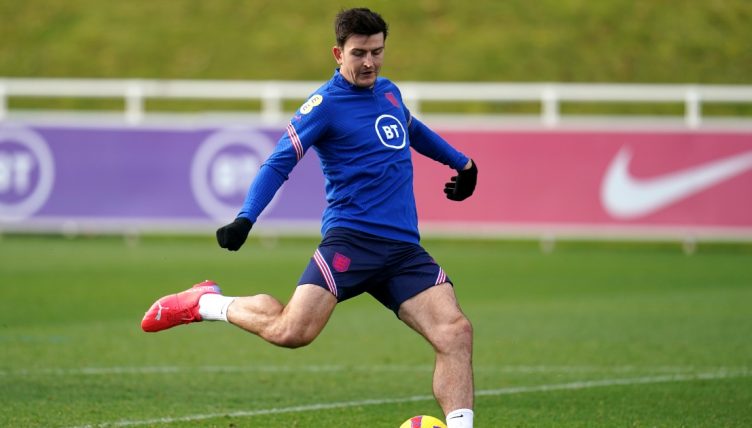 Manchester United‘s Harry Maguire has had his fair share of criticism this season, but he produced a reminder of his abilities during England training.

After a number of high profile errors and poor performances, Maguire has taken a lot of the blame as United captain during their poor start to the season.

He was even mocked by former United midfielder Roy Keane following their embarrassing 5-0 defeat to Liverpool at Old Trafford.

But the centre-back, whose ability on the ball during Euro 2020 earned him a spot in the team of the tournament, showed exactly what he was capable of in international training this week.

Despite being a defender, he took part in a shooting drill and produced an outside-of-the-boot curler that left the goalkeeper with no chance.

Maguire will now be hoping to add to his five international goals during England’s upcoming games against Albania and San Marino.

Van der Gouw: The level was high at Man Utd, you have to give everything

Can you name Man Utd’s XI from Sir Alex Ferguson’s first game in 1986?