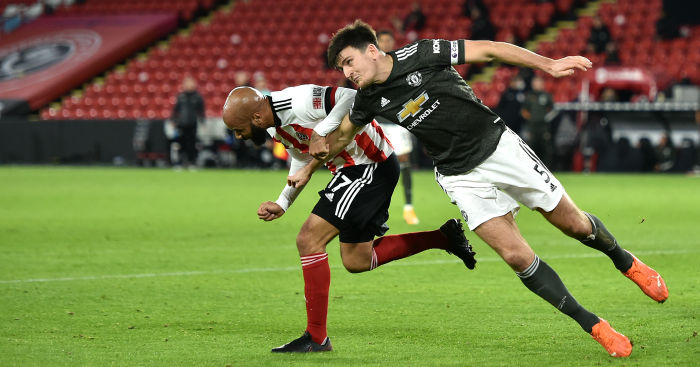 Manchester United‘s Harry Maguire sent Oliver Burke over the advertising hoarding with a physical challenge during their match with Sheffield United.

Maguire has often been criticised since his £80million move from Leicester City in August 2019, but his commitment to the cause has rarely been in doubt.

During the first half of the match at Bramall Lane, the England international bundled Burke off the pitch during a physical duel with the Blades forward.

Trailing 1-0 at the time, the challenge may have sparked United’s revival – goals from Marcus Rashford and Anthony Martial gave Ole Gunnar Solsjkaer’s team the lead at the half-time interval.