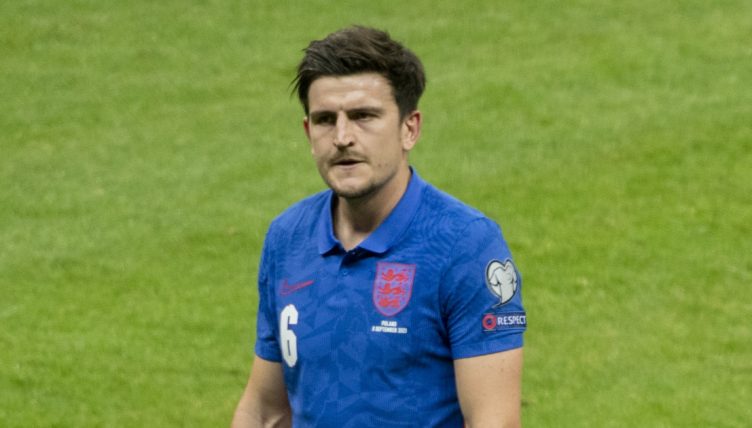 Manchester United‘s Harry Maguire and opponent Kamil Glik were at the epicentre of an old-fashioned brawl last night as Gareth Southgate has confirmed that England have reported the Poland defender for appearing to pinch Kyle Walker’s neck.

“We’re getting to grips with what that was,” Southgate told BBC Radio 5 Live. “There’s been a report put in and we need to find out a little bit more about what’s happened. At the moment we’re still gathering all the evidence so there’s no point in me speculating any further.”

England were held to a 1-1 draw in Warsaw after Damian Szymanski’s stoppage-time header cancelled out Harry Kane’s earlier strike.

But the main talking point from the game was this half-time tussle that Glik initiated.

The centre-back, who plays for Italian Serie B side Benevento, walked up to Walker and squeezed underneath his chin in an inventive act of shithousery.

This caused everything to, as Danny Dyer would say, get a bit tasty as players from both sides piled in to ‘diffuse’ the situation.

Maguire seemed to take offence to the very existence of Glik and had to be separated from his opponent by a string of team-mates, including England captain Harry Kane.

Both the Manchester United defender and his Polish counterpart were shown yellow cards after the referee Daniel Siebert had waved away the input of various England players.