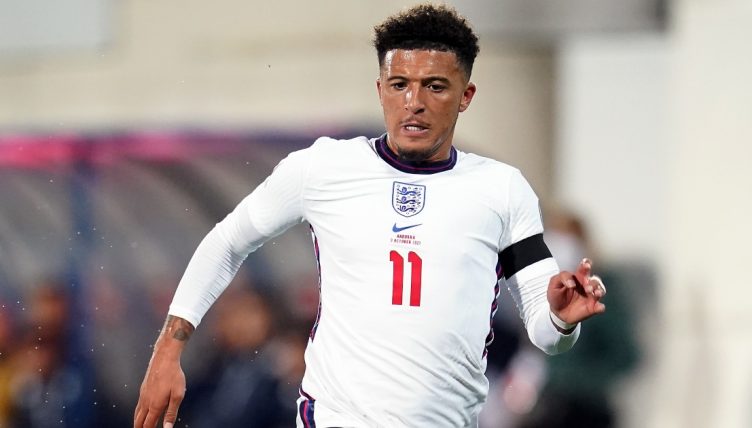 After a slow start to the season with Manchester United, Jadon Sancho was back to his best during England’s 5-0 win over Andorra.

Sancho arrived at Old Trafford with high expectations on his shoulders but is yet to register a goal or assist in nine appearances for United in 2021-22.

The winger still started England’s World Cup qualifier against Andorra and delivered a timely reminder of his abilities, registering two assists and producing a cheeky nutmeg.

He also had a very one-sided battle with 41-year-old Ildefons Lima, using his pace to skip past the defender.  Lima had to be substituted in the 63rd minute after pulling his hamstring while trying to keep up with the 21-year-old.

“This is where I took off,” Sancho told the England Youtube channel when reflecting on the incident. “You know what it is; you can’t even be laughing at my man bro. Man is 41-years-old bro. Certain man don’t even get to that age.”