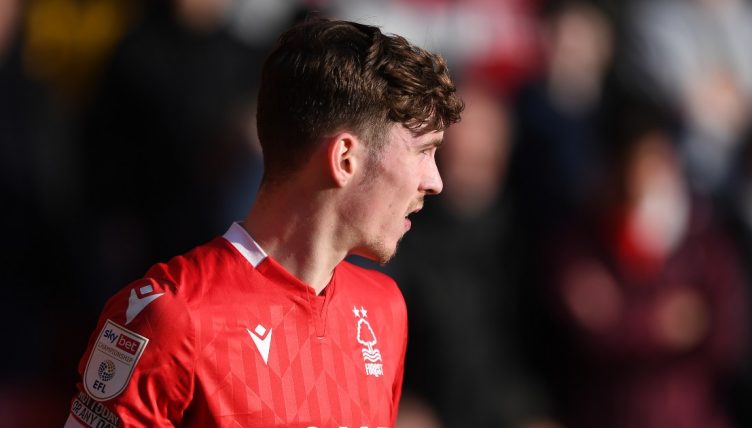 Manchester United loanee James Garner continued his fantastic season with a brilliant edge-of-the-box finish for Nottingham Forest against Bristol City as his side won their Championship clash 2-0.

The move began with a powerful drive forward from defender Scott McKenna, who combined well with Max Lowe to penetrate the Bristol City defence.

Lowe then moved the ball back out of the box to Garner who was waiting in space just on the edge of the area.

With his first touch, Garner fired low and accurately into the bottom left corner and beyond the Bristol City goalkeeper who could do nothing to prevent the ball from ending up in the back of the net.

It was a wonderful finish from Garner and provided Forest’s second goal of the game.

The 20-year-old has been a regular starter for Nottingham Forest this season.

He has helped them during their impressive FA Cup run, which has seen them defeat Arsenal and rivals Leicester City, as well as been a key part of their push for the play-off places in the league.

Against Bristol City, he had a 100% dribble success rate, a 77% total pass accuracy, and created three chances throughout his 87 minutes on the pitch.

It was a performance that epitomised his season and has seen an increasing number of calls from Manchester United fans to make sure he stays at his boyhood club next season where the team has struggled with Garner’s number 6 role.

“Jimmy has been a really strong performer for us,” Forest manager Steve Cooper said.

“Since then, I think he’s found another level.

“What’s important for him – and we’ve spoken about this – is that he doesn’t drop any standards and continues to improve.

“He’s in a good place, Jimmy. But he’s got to work even harder to, at minimum, stay where he is, but hopefully keep improving.”