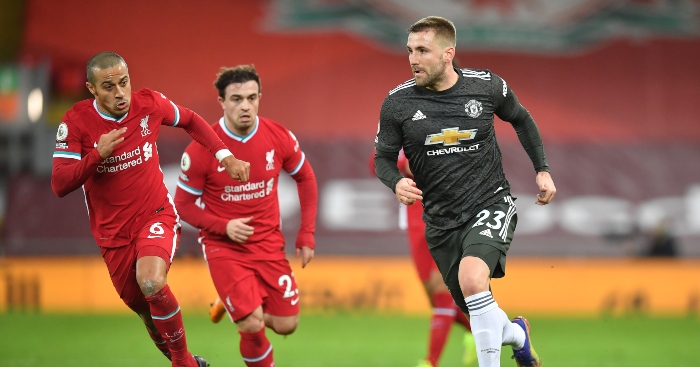 Shaw deservedly won the Man of the Match award at Anfield after managing to keep both Mohamed Salah and Sadio Mane at bay.

The left-back was also effective going forward and created out a golden chance for Bruno Fernandes, who was denied by a great save from Alisson in the second half.

During one burst forward in the first half, he held off Thiago before checking inside, sending the midfielder hurtling to the floor.

“I feel really good, credit to Ole for that for believing in me and pushing me,” Shaw told MUTV after the game. “Alex Telles as well, we have a great relationship, he pushes me each day in training and we get on really well.

“It’s nice to have that competition, we pushed each other to get the best out of ourselves. It’s a positive way for both of us to look at it.”

Thiago got sent by Shaw😭😭 pic.twitter.com/w3COl5zYFd