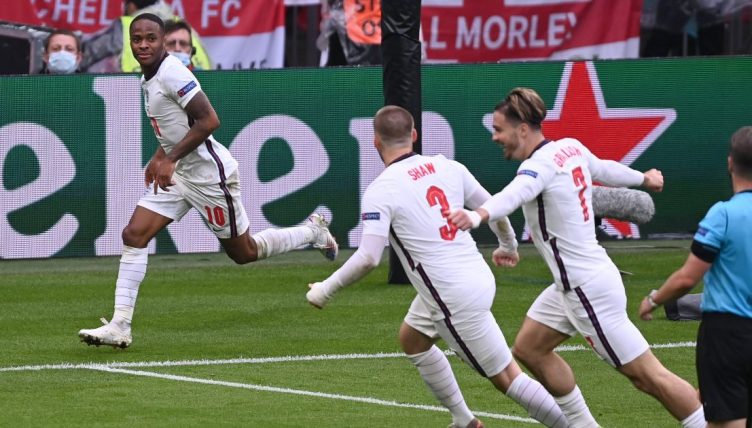 Manchester United and Manchester City players combined to give England the opening goal in their Euro 2020 last-16 game against Germany.

Raheem Sterling endured a difficult season with City and Gareth Southgate was criticised for selecting him in England’s opening game of the tournament.

But the 26-year-old silenced his doubters and excelled during the group stages, scoring the only goal in 1-0 wins over Croatia and the Czech Republic.

The Three Lions then went into their last-16 game looking for their first knockout tie victory over Germany since the 1966 World Cup final.

With the scores level in the 75th minute, Luke Shaw sent a low cross in towards Sterling, who poked the ball past Manuel Neuer.

Kane finally got his first goal of the tournament to double their lead in the 86th minute. England held on for the win and will now face either Sweden or Ukraine in the quarter-finals.

“We knew we needed to put a big performance in,” Sterling said after the game. “Doing it for your country will always be special and it is definitely a special moment for me.”