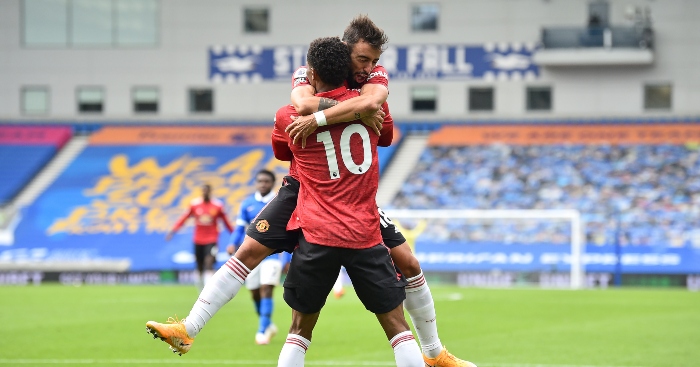 After helping people off the pitch, Marcus Rashford nearly provided a sensational assist for Bruno Fernandes in Manchester United‘s 4-1 win over Istanbul Basaksehir.

Fernandes gave United the lead with a brilliant half-volley from the edge of the area and then had a simple tap-in for his second moments later.

Despite being on a hat-trick, the Portugal international let Rashford take the penalty that made it 3-0 in the 35th minute.

“Of course every player wants a hat-trick, but after the game in the Premier League I told Rashford that he could take the next one,” Fernandes said.

“Also, he’s one of the top scorers in the Champions League so it’s important for him to get the confidence. It doesn’t matter who takes the penalty as long as the team scores.”

Rashford tried to return the favour moments later by picking out Fernandes with a brilliant pass but his effort was saved by the goalkeeper.

The visitors pulled one back through Deniz Turuc’s free-kick before Daniel James made it 4-1 in injury time.