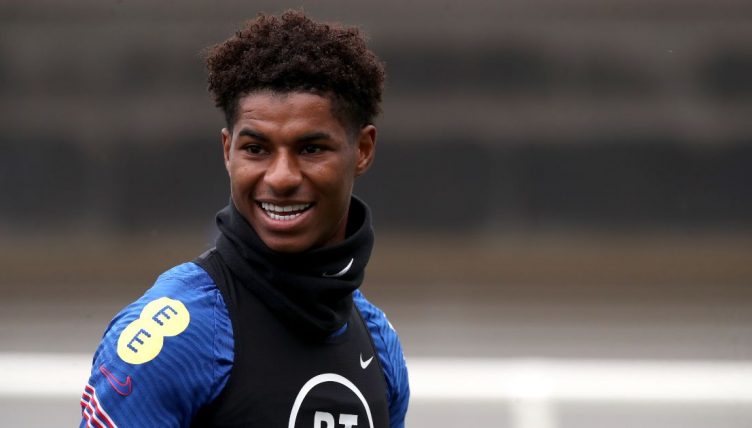 Rashford struggled for fitness and form at the end of the club season, scoring just once in United’s final 10 games in 2020-21.

The 23-year-old is also yet to start for England at Euro 2020, making a cameo appearance off the bench in each of their three group games.

“Obviously I am not performing at my best and what I know I can perform to,” Rashford said earlier this week. “Whatever that is down to, it doesn’t really matter because it has been going on since early on in the season. I managed to get through the season with United.

“I think I had 36 goal involvements so I can’t look back at the year and say ‘mmm, I should have taken time off to do this and do that’. That’s just not the way I look at things. I just want to be available for every game.”

Rashford, who completed more nutmegs than any other player in Europe last season, has still been able to showcase his skills in training and recently added Arsenal’s Bukayo Saka to his long list of victims.

The piece of skill left the England squad in hysterics and Saka was then consoled by Leeds United’s Kalvin Phillips.